York is the son of Ewing President & Chief Executive Officer Douglas W. York. He rejoined the company on November 2018.. After serving as a branch manager in New York, York moved to Ewing’s Phoenix office in November to take up the position of national irrigation product manager.

” I’m looking forward to the challenge and learning opportunities this role offers, as I learn and grow within Ewing. Jack York stated that Ewing has a great opportunity to sell more products from its entire catalog.

York gained more experience and knowledge in the inventory area of the business. He also collaborated with Ewing’s procurement team, developed relationships with irrigation vendor partners and worked with branch and regional managers to implement local sales strategies. York will be expanding his knowledge and experience in this new role by working with all Ewing categories.

York is the fourth generation of Ewing family members. He grew up in the company’s mailroom, and worked at several Phoenix branches as a truck driver and service professional. He interned in the accounting and finance departments as well as in the purchasing department. He holds a Bachelor of Science in Economics with a focus in Finance from the University of Pennsylvania. Prior to returning to Ewing he worked in the areas of retail, technology and media for Solomon Partners, a New York City-based advisory firm in investment banking. He was an Australian professional football player and coach, and he also played for the Melbourne and Sydney American football teams. 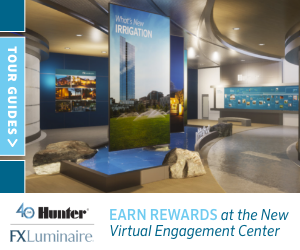