In 2020 Texas DOT hired Systra International Bridge Technologies, an independent engineering team, to review the new Harbor Bridge work. After the review turned up several problems, last month Texas DOT ordered the contractors to suspend work on the main cable-stayed portion of the bridge due to “overall concerns” with the design.

It’s not clear why so much of the bridge was built even though Texas DOT had already identified problems.

Flatiron’s project manager Keith Armstrong responded to TxDOT this month, saying there were no “developer defaults” and that Flatiron/Dragados’ design work is “fully compliant with the terms of the comprehensive development agreement.” In his letter, Armstrong said the issues in the recent notice of default letter are essentially the same as those the Texas DOT identified in the IBT report in 2021, after which the agency allowed work to continue until recently.

Texas DOT maintains that since it sent a “notice of non-conforming work” — essentially a warning before the notice of default — more than three months ago, Flatiron/Dragados has not made the outlined changes or addressed the safety issues. The agency said the notice of default came after a series of letters and a meeting with the contractors about the deficiencies it identified.

“Flatiron/Dragados has refused to acknowledge the safety issues that have been identified or taken any steps to correct them,” Marc Williams, executive director of Texas DOT said in the press release. “This is unacceptable and places Texas DOT in the unfortunate position of having to provide Flatiron/Dragados with a notice of default.”

This is not the first time the project has been put on hold due to safety concerns.

In January 2020 Texas DOT ordered that FIGG Bridge Engineers be removed from the project, after a National Transportation Safety Board report found the engineer’s designs were the “probable cause” in a 2018 pedestrian bridge collapse at Florida International University in Miami that killed six people. Work on the project was suspended for six months until the contractors hired a new design firm, an Arup-CFC joint venture, in July 2020 to review and complete the design and engineering work FIGG had started.

Neither Texas DOT nor Flatiron/Dragados returned a request for comment about the notice of default letter. It is not yet known when the project will resume.

The bridge was supposed to open by 2020, but this was pushed to 2021, then to 2024. Texas DOT has not given a new estimated timeline for the project. In the meantime, the agency urged residents to use the old bridge, which has received regular maintenance.

The original Harbor Bridge, which carries about 60,000 vehicles a day, has several safety issues connected to a lack of a shoulder, steep grade and reverse curve, according to the project website. It sees an above-state-average crash rate, and there’s no infrastructure for people on bike or foot.

The new Harbor Bridge will include six lanes (three in each direction), median barrier shoulders and a shared-use bike and pedestrian path. One mile of the Crosstown Expressway and 1.6 miles of I-37 will also be reconstructed.

In addition to increasing road safety, officials say the bridge’s greater clearance will allow larger ships to pass through and enable the Port of Corpus Christi to compete with other Gulf Coast deep water ports. When complete, the new Harbor Bridge will be the longest cable-stay, concrete-segmental bridge in the country, according to the project site 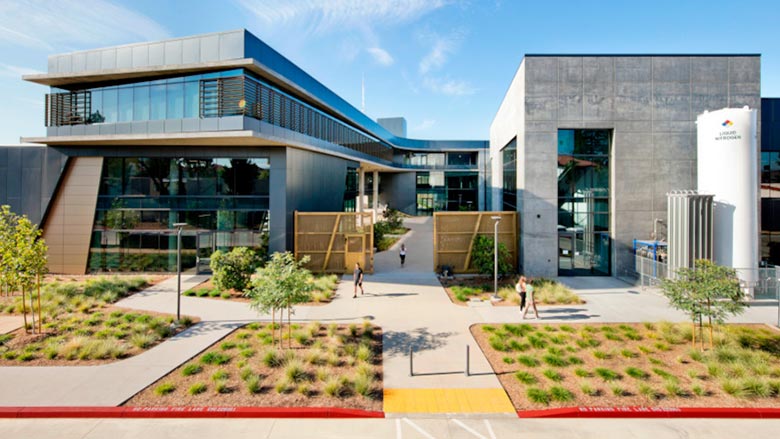 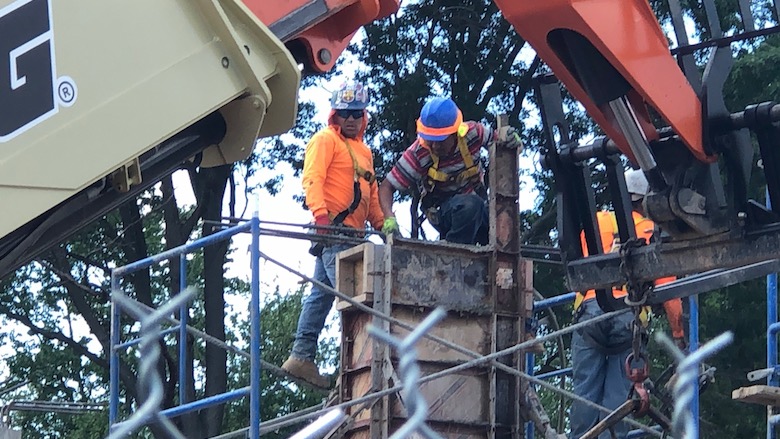 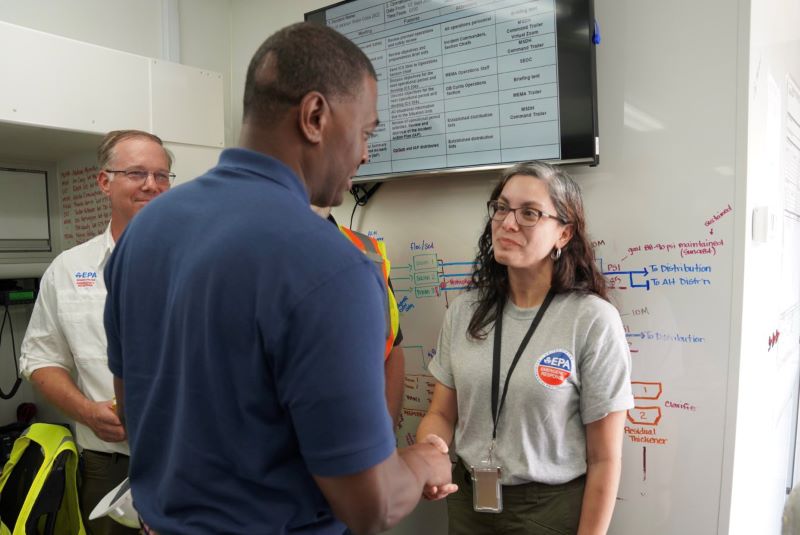